Groveland Ice Rinks mission is to support the City of Saint Paul's Park's and Recreation
activities by creating and maintaining the seasonal outdoor ice at Groveland Recreation Center. 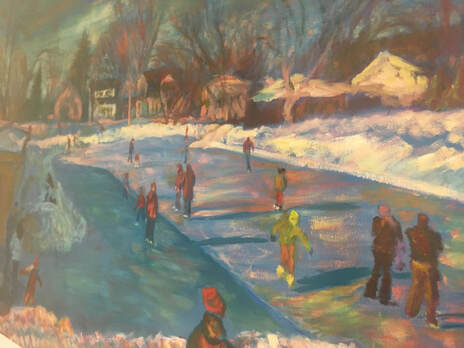 Groveland is a 150 year old name in the Midway area. Prior to the Civil War the Groveland Nursery operated in what is Merriam Park today. In her 1857 book, Floral Homes, Harriet Bishop indicates that Groveland is an “appropriate” name for the area midway between Minneapolis and St. Paul.  Archbishop John Ireland gave the name to the current Groveland addition in 1890 during the Catholic Church land development building finance plan.  The Groveland addition is between Summit and St. Clair Avenues, between Cleveland and Finn Street; however, references to the Groveland neighborhood typically encompass much more than the specific addition.
​
Groveland Elementary School, constructed in the 1920’s, is located on the northeast corner of St. Clair and Cleveland Avenues.  Located adjacent to the school is the Groveland Recreation Center. The playground and the associated ice rinks have been a part of the Groveland block since the school was built.
​
Between 1980 and mid-1990’s, the rinks saw declining usage and for a number of years the ice operations were not supported.
​In 1997, the Groveland Recreation Center Director and neighborhood residents decided that outdoor skating and hockey was something that really needed to make a comeback.  With help, the Groveland Booster Club and dedicated staff of the Groveland Recreation Center, the shoveling, scraping, and flooding began!

In the fall of 2000, the City of St. Paul Parks and Recreation Department constructed a storage garage at Groveland using materials donated by local businesses. The new storage space housed a Toro Groundsmaster Sweeper provided by the St. Paul Parks and Recreation Department. Using the sweeper, prior to flooding the rinks, eliminated shoveling and significantly improved the ice quality.

In 2004, the Groveland Booster Club purchased a used 1978 HD1345 Zamboni Ice Resurfacer. But, before the Zamboni could be used, additional garage space was needed to house the machine. With donations from local businesses a 26' x 24' building was added on to the warming house at the Recreation Center, 32 radius corner board sections were designed, fabricated, built and installed on the two hockey rinks and the Zamboni was put into full operation.

In the fall of 2018, the Booster Club  had the opportunity to purchase the Zamboni used by the Blackhawks at Chicago Stadium, and subsequently the United Center, from 1981 - 2000.  The machine was in relatively good shape and had some features not available on the current Zamboni. Groveland’s original Zamboni, purchased in 2004, and a “workhorse” for 14 years, was sold.

In the summer of 2019 the volunteer organization went through a re-organization, adopted a new name and logo, and began the process of becoming a 501 C3 tax-exempt organization.  The new name of the organization is "Groveland Ice Rinks."

The Macalester-Groveland and greater Saint Paul community is extremely fortunate that area businesses have so generously contributed to funding the Groveland Ice Rinks operation.

Equally important are the Groveland Ice Rinks volunteers who put in hundreds of hours each season maintaining high quality outdoor ice which many consider to be “the best outdoor ice in the Twin Cities!” 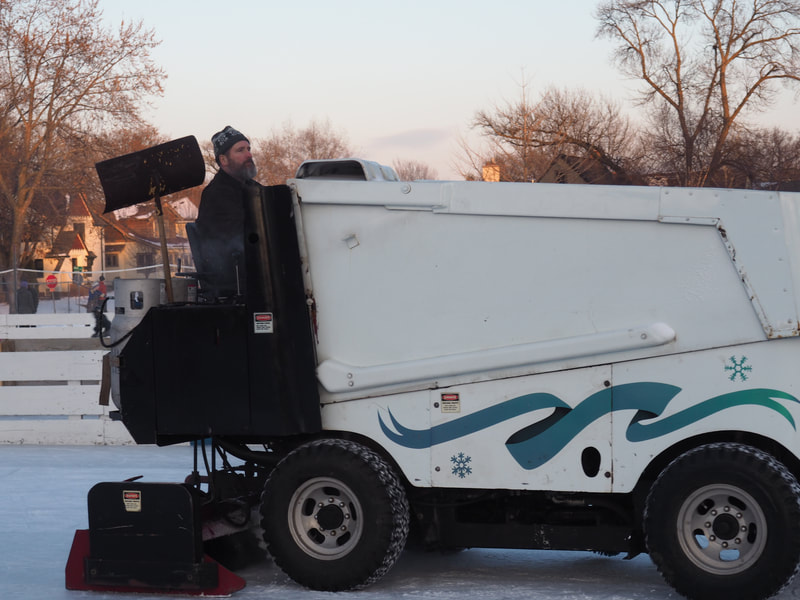 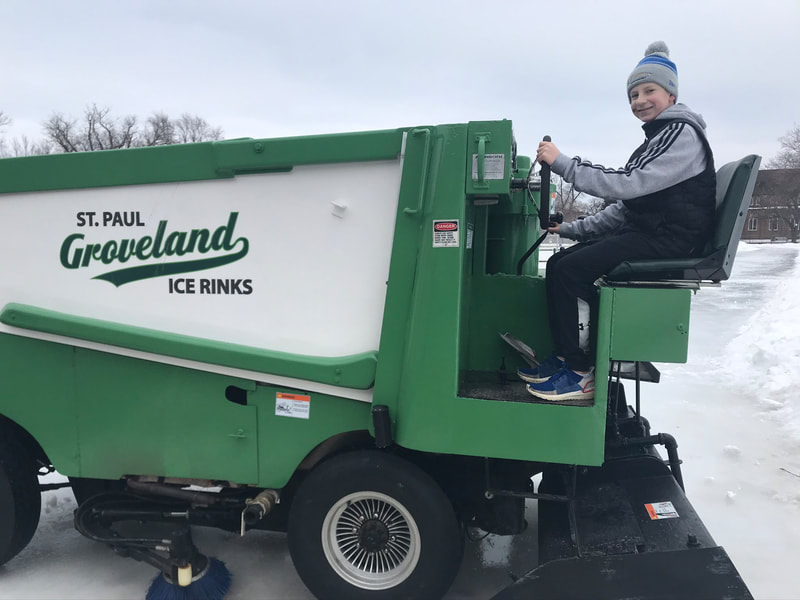